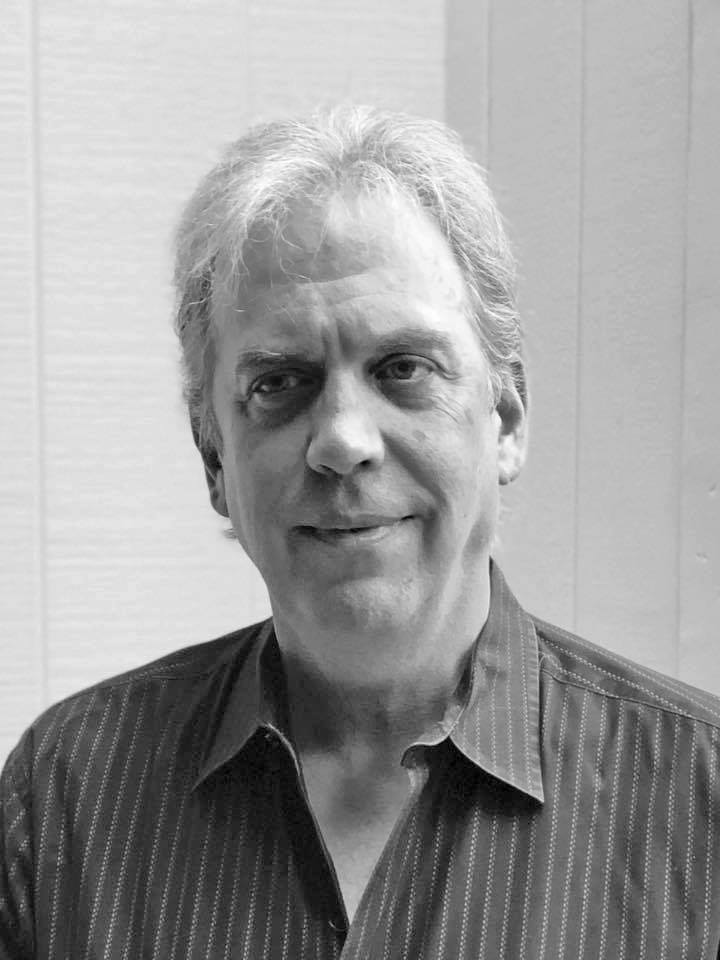 Doug Wyatt was born in Ithaca, New York, in April 1962. He has been playing piano since he could reach the keys and experimenting with synthesizers since 1978.

After a few years of childhood classical piano lessons he began exploring popular music, writing his first Elton John-inspired songs at 13, then absorbing rock and funk, playing in nightclubs at 15, and then progressive rock and jazz, playing in the 1979 Ithaca High School jazz band.

In 1979-80, Wyatt was a member of Streamline, a jazz-fusion quintet formed by some of his high school jazz bandmates. The band covered pieces by artists such as Weather Report, Jeff Beck, Stanley Clarke, and Lenny White, but also gave Doug his first experience in arranging his original instrumentals for an ensemble. Not long after the group’s last performance in June 1980, Doug quickly recorded a 35-minute album of originals, all double-tracked with piano and synthesizer.

A former Streamline bandmate introduced Doug and Pat Cahill in 1981. The two immediately hit it off musically and formed the band Simon Jester. Some of the first music the band learned was by The Pat Metheny Group and the Dixie Dregs, but Wyatt and Cahill quickly began a prolific composing collaboration. By the time the band split up in late 1982, the repertoire consisted of over two hours of original music. The music ranged from long improvised sonically textural space jams to often intricately composed, melodic jazz-fusion tunes.

1983 brought a collaboration with fellow Ithaca native Michael Rosen, now an acclaimed professional saxophonist in Italy. The duo began playing jazz standards but soon focused on writing original instrumentals, inspired by and perhaps somewhat reminiscent of a Chick Corea album of that era, Three Quartets, featuring Michael Brecker. During this period, the sonic palette of the electric keyboards had lost much of its novelty for Doug, and he bought his first piano; his writing/rehearsing sessions with Rosen were almost always with a piano.

The pendulum swung back from acoustic to electronic in late 1984 when Doug joined the rock Burns Sisters Band and bought a Yamaha DX7 synthesizer, which was an enormous commercial success at the time because of its combination of price, wide sonic palette, and expressivity. The band served as a good boot camp in synthesizer performance but was not a creative vehicle for Doug. He left after some months of performing followed by recording a few demos with the group, one track of which appears on their 1986 self-titled release on Columbia Records.

Around this time Wyatt bought his first Apple Macintosh computer, began writing music software to control the DX7, and started using the computer as a compositional tool. He read an interview with Joe Zawinul where he mentioned that most or all of his compositions were entirely based on improvisations, transcribed verbatim, then elaborated on and arranged. Doug found the computer very conducive to this approach.

1986-88 saw a revival of the Wyatt/Cahill collaboration; the two performed in New York City as a duo with the computer and at times with dancer/percussionist Frey Faust.

That era ended when Wyatt moved to Mountain View, California in 1988 to work as a software engineer for Opcode Systems, who published many of the music applications he had been using. Absorbed in his job, new fatherhood, and far from the connections made while playing in bands in New York for 11 years prior, in his spare time Doug continued to explore computer-based composition with synthesizers. He was particularly enamored with David Zicarelli’s OvalTune, an application which would generate music in response to mouse gestures and the performer’s previous playing. Doug’s music from this period shows him seeking ways to “tame” improvisations, to balance structure with flow. The results range from cacophonous to beautifully quirky, and are documented on three home-produced releases.

While in Silicon Valley at Opcode, Doug created the Open Music System (OMS). OMS was a single point of unification between various MIDI devices (keyboards, samplers, effects, mixers), and software applications including Pro Tools, Digital Performer and Studio Vision. Because of OMS’ importance to the success of the personal computer-based digital audio workstation, in 2000, Keyboard magazine hailed it as one of the greatest technological achievements of the previous 25 years

Doug moved back to Ithaca in 1991 and became more deeply influenced by the music of his friend David Borden. He began injecting elements of deliberate counterpoint into his compositions, with results occasionally reminiscent of Borden and other minimalists using synthesizers, such as Steve Reich and Philip Glass.

In mid-1997 Doug began an intense period in his studio that resulted in his first CD release in early 1998, Accidental Beauties. The title refers to his use of improvisations in composing. “I’m completely inspired by sound,” he said. “I record my improvisations, which are often my first impressions of new sounds, and then I go back later and find moments where I perceive beauty, where the music moves me emotionally. Sometimes the improvisations stand alone as pieces of music, and sometimes I use them as starting points for further arrangement and composition.” The album is much more ambient, improvised and electronic than composed or acoustic–there is one track with ambient bass and cymbals, and occasional voices and percussion, but it is otherwise mostly synthesizers. Anil Prasad of Innerviews called the album “[a] fine debut effort full of atmosphere, intrigue and emotion. Recommended for anyone wishing to hear an exciting, creative and passionate new voice in the electronic music sphere.”

Shortly following the release of Accidental Beauties, David Borden asked Doug to join a new incarnation of Mother Mallard. With the help of inventor Bob Moog, in the late 60’s Mother Mallard had been the world’s first performing synthesizer ensemble. Doug embraced the technical challenge of performing pieces such as Borden’s “The Continuing Story of Counterpoint, Part 9,” which he calculated as containing approximately 10,000 sixteenth notes played steadily over the course of 15 minutes. Doug performed at group’s 30th anniversary concert in Ithaca in 1999, and at the Smithsonian in Washington with guest Keith Emerson in 2000.

A series of challenging events, including the demise of Opcode Systems and a new job at Apple back in California, led to a musical drought from 1999-2002. At Apple, Doug was (and remains) a member of the team responsible for Mac OS X’s audio and MIDI system services. It wasn’t until the first version of Emagic’s Logic for Mac OS X appeared in 2002 that he began tentative steps toward composing again.

In late 2003 Wyatt produced Notes to Future Selves, a succinct collection of his compositions from 1977-92.

With a laptop and portable MIDI keyboard in a hotel in Prague, on an evening in November 2003, Doug recorded improvisations that triggered a long period of musical productivity. By early 2005 he had accumulated an album’s worth of demos that were more sonically and musically interesting than Accidental Beauties, while also having gone through a much higher degree of compositional sculpting and elaboration. In June he took the demos to Christoffer Lundquist’s (Roxette, Ulf Lundell, Per Gessle, Ed Harcourt) studio in southern Sweden with the agreement that Christoffer would produce an album, which would become The Dream of ‘I’, released in 2006.

In the studio, Wyatt and Lundquist transformed the home recordings with live performances, Doug playing piano, various instruments from Christoffer’s vintage analog synthesizer museum, toy piano, as well as “found” instruments such as wine glasses and a hammer smashing a chair. He was joined by a string quartet, drums, timpani, programmed percussion, guitars, and wordless vocals. The music ranges freely from acoustic to synthesized, intricately composed to texturally improvised, touching on classically-themed soundtrack music, rock, and “wonderfully weird” electronic styles. Wyatt and Lundquist would joke in the studio about finding occasional oblique references to 1970’s progressive rock, but a more relevant reference point is Pat Metheny and Lyle Mays’ 1980 As Falls Wichita, So Falls Wichita Falls, where instrumental prowess peeks through now and then, but is restrained; the players have put themselves in their own service as composers, focused on exploring moods and textures while maintaining a truly musical approach. The Dream of ‘I’ lures us into an intricate web; a soundtrack to a mythical filmscape.